Our diverse roster of directors each bring creative vision and clarity to your project.  They have multiple skillsets…cinematography, writing, photography, art direction, visual effects, music…each is an artist in their own right.  Hailing from numerous countries and locales, and many multilingual, each one pays particular attention to your needs to bring your vision to life.

Check out some of the work below.  Visually rich and stunning, and effective in story and message, these samples cross many styles and borders.  We think you’ll like what you see.

Andrew is an award winning director that has lived all over the world. His love for traveling and culture brought him to direct his first documentary while living with a native tribe of Vanuatu.

Andrew has the ability to see things as they are, and not as he would want to see them positively or negatively, but truthfully. He has an insatiable desire to connect with his subjects and their raw emotions and express those in a simplistic and cinematic style to his audience. He has brought this honest style of visual storytelling to top brands worldwide.

Andrew’s ethos: Simplicity is magic. Think big, then simplify. He believes in the power of filmmaking and likes to let his work speak for itself.

Andrew lives in Austin, Texas with his soon to be wife, Kelsey. He loves to spend time at the beach, lake, wineries, and ski slopes.

Creative storyteller Todd McMullen has vision. He pulls emotion through the lens with a blend of authentic narrative and thought-provoking visuals. A Cinematographer and Director for more than 25 years, his journey has called on this wide experience to reveal moments of introspection, understanding and realism for viewers. Emotion, expectation, space. There are moments of silence, but none lack intrigue or intent. His groundbreaking lensing of Friday Night Lights led to his directing of some of the most emotional episodes with important messages.

Todd is a visual savant that can both direct and lens thought provoking messages for any medium. From 12 Monkeys to The Leftovers to The Newsroom to Friday Night Lights, and recently Walking Out, you can see Todd's work on HBO, Netflix, NBC, SyFy, and a big screen near you.

Todd and his wife, Heather, live in the "gateway to the Hill Country”, Dripping Springs, Texas, where they spend free moments mining the perfect Margarita.

Born in Barcelona, Pau lives in Spain where he has spent most of his more than 20-year career. He has also lived in Lisbon, is fluent in Portuguese, and has worked for many years in that market as well. He is a very flexible creatively, adapting easily to any narrative style.

For years, he has directed some of his focus on the beauty market, working with clients such as Pantene and L'Oréal. Affable and easy going, Pau strives to work together with agency and clients, bridging their needs and communication to obtain the best possible result on every project.

Fabian Rey was born and raised in Puerto Rico.  His style is deeply influenced by his artistic background, as he is also a visual artist.  He started painting as a kid, under his father’s instruction, and continued his education at Franc Cervoni’s studio and Arte School of Florence, Italy.  From there, he studied Art Direction in Fort Lauderdale, Florida.  Soon after college Fabian joined ad agency Lopito, Leana & Howie Inc., where he worked as a Creative Director.  After several years in advertising, he started working with production company X-Films, where he directed commercials for clients like Budweiser, Bud Light, McDonald’s, Condado Vanderbilt Hotel, La Concha Hotel, and Doral Bank, to name a few.  He has showcased his work individually and collectively, and his work has received awards at the New York Film Festival, Festival Cúspide, Rincón International Film Festival, 48hrs Film Project and Se Habla Español - Awards in Communications Excellence, among others.

He’s currently working as a photographer and directing music videos, documentaries and commercials in Austin, Texas.

Angel Gracia is a Spanish/American director whose work includes commercials, music videos, film and television. He has an extensive background in Special Effects and began his career directing, photographing on film and editing his own music videos. His background as a bass player has influenced his approach to filmmaking altogether.

Angel was a partner director at Ridley Scott and Associates for commercials during 7 years. His vast experience in advertising worldwide earned him numerous national and international awards, including 4 Cannes Advertising awards and an Emmy.

His feature film "From Prada to Nada" was released by Lionsgate in 2011. It stars Camilla Belle, Alexa Vega, Wilmer Valderrama and Oscar nominated Adriana Barraza, and it was produced by OddLot Entertainment (Drive). It won two Alma Awards and two Imagen awards, including Favorite movie and best actress and supporting actress.

He is currently developing a TV series while continuing to direct commercials worldwide. Stay tuned…

Filmmaker from Tijuana, Mexico.  Studied film at USC School of Cinema.  I have a passion for story-telling and, in particular, documentary film. I’m into arts n' crafts and anything to do with glue. I methodically step on every crack on the sidewalk. I like to forget things so I can re-experience feelings of surprise. I enjoy repeating myself. I enjoy repeating myself. My idea of a joke is to put pop rocks in your coke and then throw the fizzy concoction at your mom.  If shopping is a sport, than i'm a paraplegic. I dance like a gasoline-soaked monkey in flames. I walk in my sleep because it's easy exercise. I eat animals because I believe in reincarnation and fascists must be out there somewhere. I don't ride the champagne train because it doesn't stop near my house. I wear dark sun-glasses all the time so people don't know i'm winking at them.  I’m starting to get pretty good at jumping rope.  Oh, and I’ll still eat up all yr crackers and yr licorice. And so it goes.

Charles is an award-winning producer and director, specializing in commercials, branded content, narrative feature films, shorts, and music videos. In 2014, a film he produced, Two Step, premiered at SXSW and went on to achieve national distribution. His most recently film as producer, Found Footage 3D, is in the process of being distributed currently.

Charles has worked closely with such directors as Spike Jonze, Robert Rodriguez, and Nicolas Winding Refn, and has directed for such clients as Proctor & Gamble Crest, American Heart Association, US Foods, and Capital One. He's produced for clients including Fiat, USAA, Doritos, Nissan, HEB, Slim Jim, and Snickers.

In 2016, Charles won 6 Austin Addy awards, including Best of Show, for a commercial for a non-profit that helps homelessness that he directed and produced. The project went on to win 2 National Addy awards.

Chris Blankenship started his career as an editor in China in 1992.  True.  He’s travelled the world for both work and pleasure, and worked in many positions in the film profession.  And while he still loves editing and post production, he started directing and producing about ten years ago, bringing the knowledge and experience of post into the production side.  Blending live-action with animation is something he especially enjoys.  He’s great with talent, including kids and dogs, as well as celebrities and C-level execs.

Pat Hazell is one of the original writers on the series Seinfeld, a veteran of The Tonight Show, and the co-creator & producer of the sitcom American Pie for NBC. Showtime declared Pat Hazell one of the five funniest people in America.  His kids question that daily, but he feeds them and drives them places so they don’t tell anyone.  His 30 years of experience as a director, producer and storyteller have made him a go-to guy for original content in film, television, theatre and commercials. Pat is recognized for his genuinely funny Americana humor and his affection for nostalgia. He explores heart, humor & humanity in every project.  Some of his happy clients include: McLane, Omaha Children’s Museum, Noble Royalties, Ford Motor Company, USAA, Baker’s Supermarkets, and Shapiro/West.  As the Chief Creative Officer of Sweetwood Creative, he directed the touring productions of Bunk Bed Brothers, The Wonder Bread Years and A Kodachrome Christmas, and is currently in development on a musical adaptation of his original play, Grounded For Life.

Traci Goudie’s career in television, film and print has spanned two decades. She began in visual effects and motion design, working in the post production environment for 11 years. Upon leaving the post world, Goudie began a solid career directing and producing music videos. Her videos have premiered everywhere from MTV Europe, MTV Australia, CMT, GAC, VH1 to Much Music. Goudie brings a virtual cornucopia of talents to the table. She actively participates in every aspect from story boarding, art direction, costuming to post-production, special effects and editing. Immensely collaborative, Goudie has taken all of her own talents and artistic influences and with the help of other talented players, forged what has become her trademark style.

Goudie has won numerous Addys and Telly Awards. In 2008, Goudie won a CCMA for “Album Package Design of the Year” for Doc Walker’s “Beautiful Life”. In 2013, Goudie was nominated for an ACA for “Video of the Year” and “Best Video New Artist”, the latter of which she took home for Hunter Hayes’s “Wanted”. In addition to music video direction, Goudie has been recognized as a photographer having worked with highly acclaimed musicians/actors/talents such as Merle Haggard, Carlos Santana, Aaron Neville, Shawn Colvin, Willie Nelson, Lance Armstrong, Jack Black, Richard Linklater, Cameron Crowe, Kristin Bell, Patty Griffin, EmmyLou Harris, Gene Simmons, Spoon, Okkervil River, Ashley Monroe, and many others.

Let’s start a conversation to see how we can join forces to cohesively tell your story. 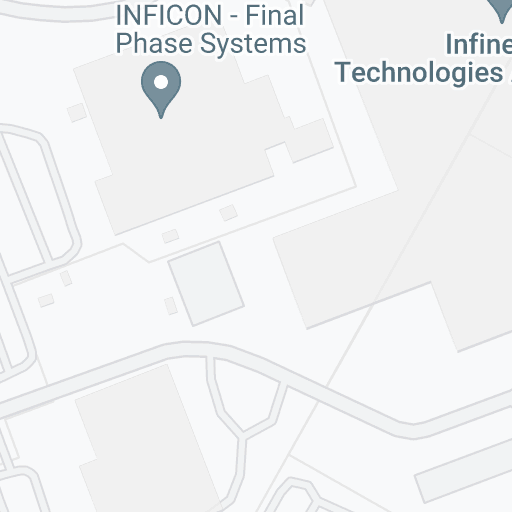 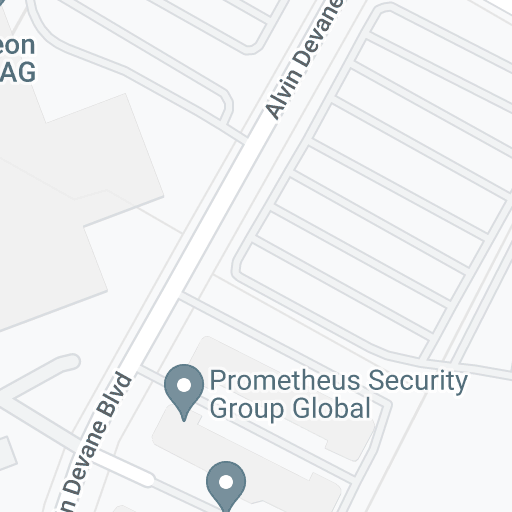 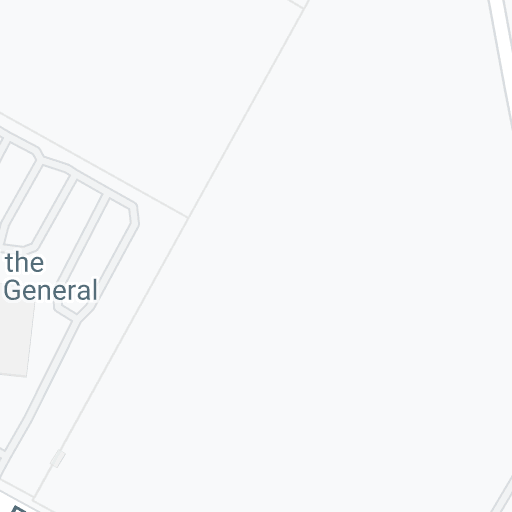 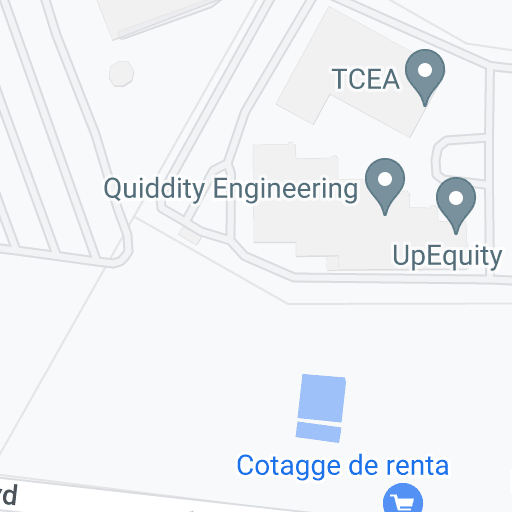 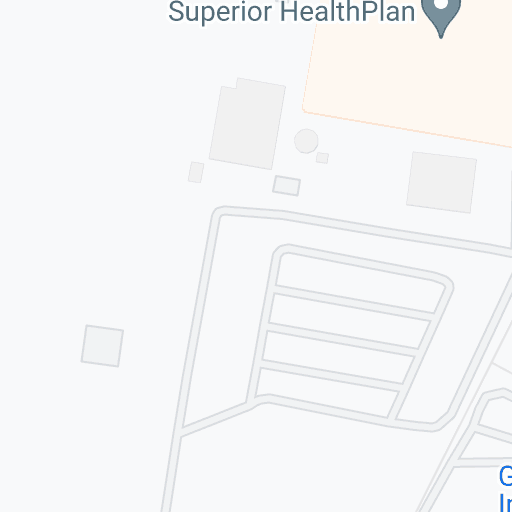 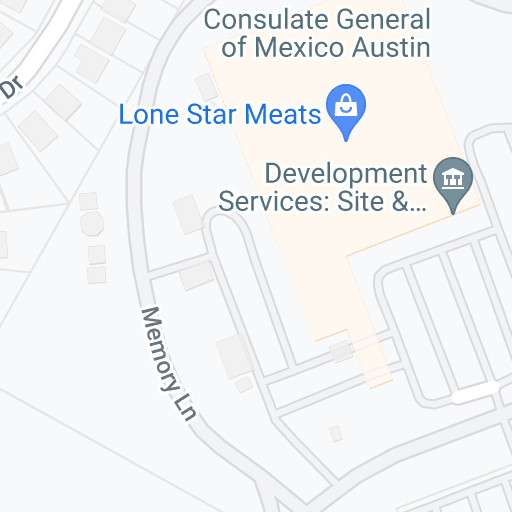 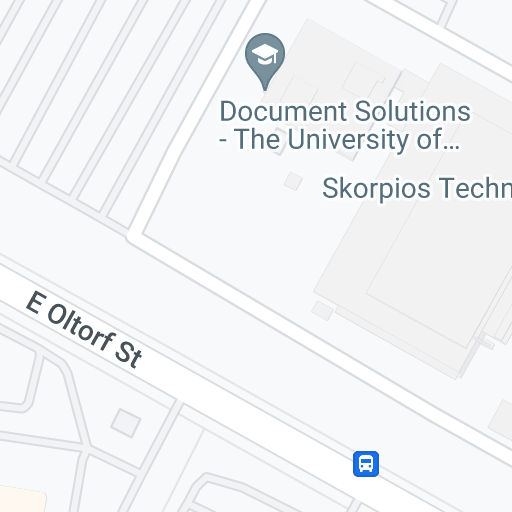 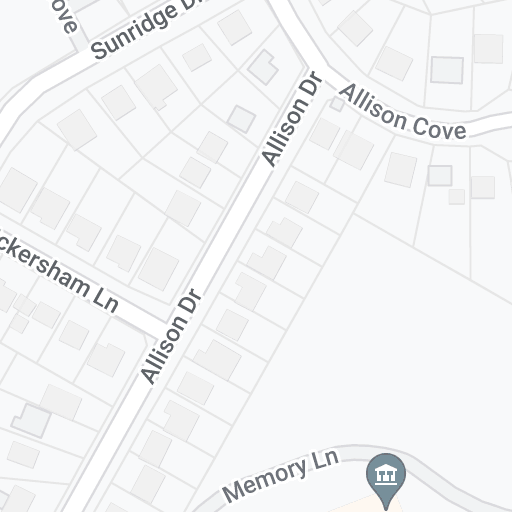 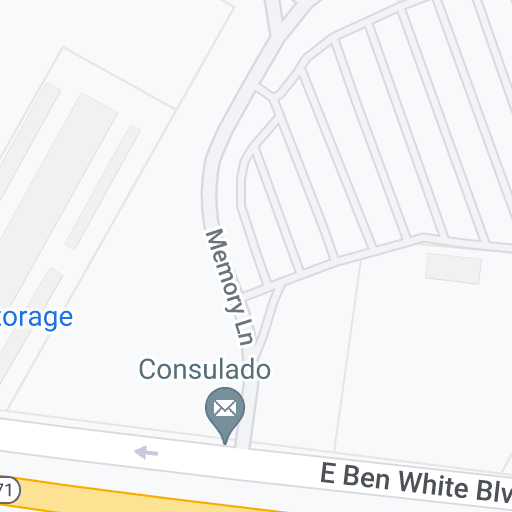 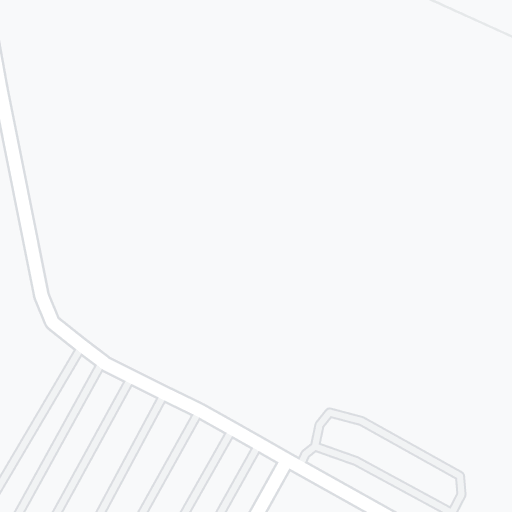 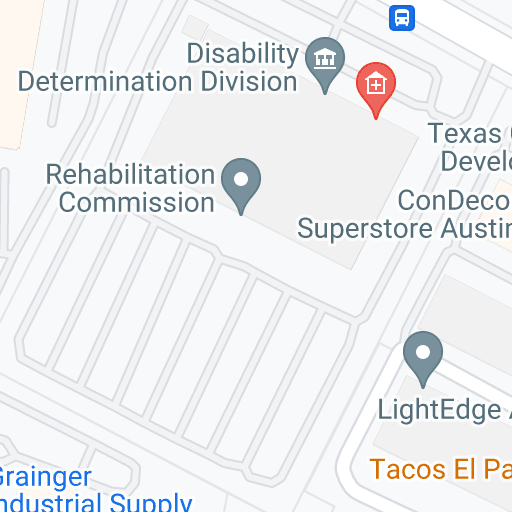 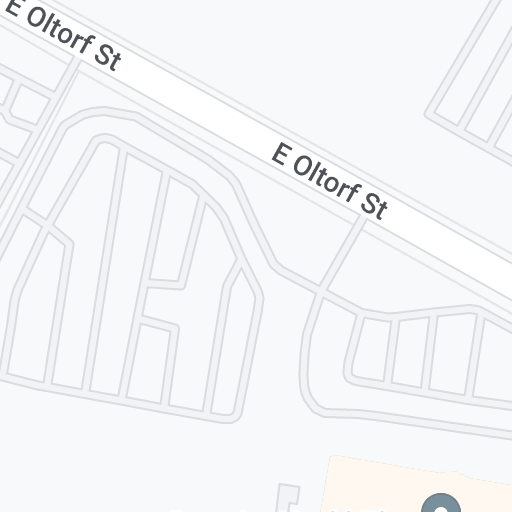 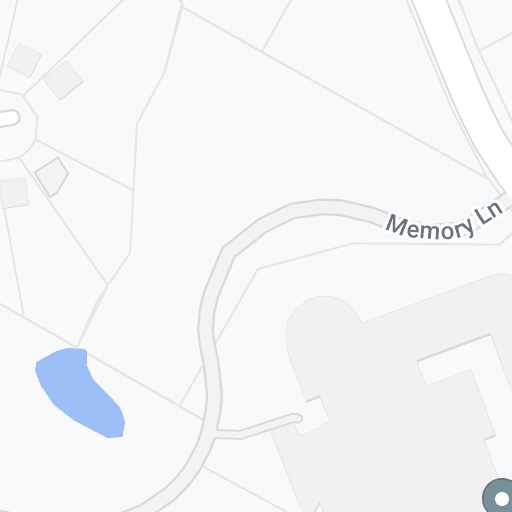 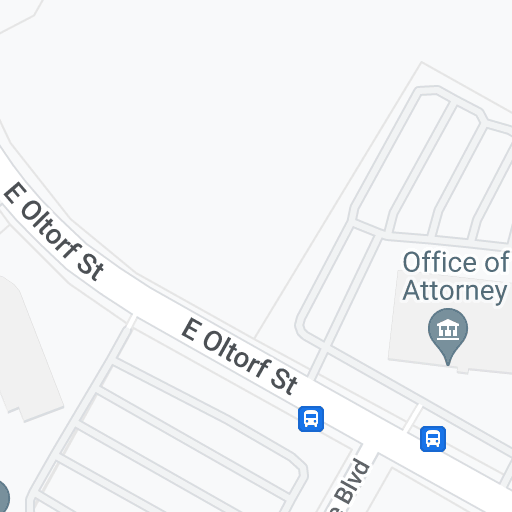 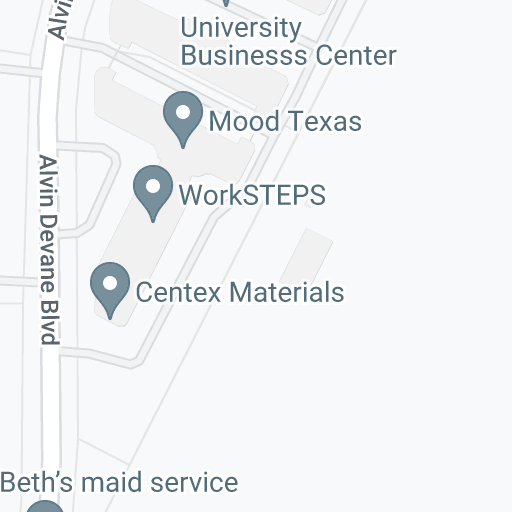